After seeing a SitePoint post on the Netbeans IDE I was intrigued by it’s new PHP support added in 6.5. I had toyed with Netbeans before when I was doing some Java-Swing development, some time around the 4.x version IIRC. I’d like it back then, for what it was, a Java IDE. I must admit it had slipped my mind since then; however I am still on the look out for a migration path away from Zend Studio 5.5 that doesn’t include Eclipse (which I  despise, Zend Studio for Eclipse/Zend Studio 6.0/PDT are a poor replacement for Zend Studio 5.5 as far as actual use goes).

The migration path is important for me not only for myself, for my team at work. Currently we use a mish-mash of ZDE 5.5, PDT (though nobody likes it, it’s free and does work with the Zend Debugger) and text editors.

I tried Netbeans 6.5 at the time the SitePoint post hit Planet PHP and while it seemed to work well enough, I didn’t have enough time to play with a new IDE at that point — also, the fact it looked terrible on OS X didn’t help — so I put it aside.

Then along came Solaris. Rather, a segfault in PHP on Solaris that I had to debug. I grabbed a VMWare disk image for OpenSolaris 2008.11 and booted it up in VMWare Fusion (a very pleasant experience I might add, just download, double click and I had a GUI booting OpenSolaris loading up Gnome!) and started to see if I could replicate the issue. After some advice from Wez Furlong I had SunStudio installed so I could use `dbx`, the Solaris “native” equivalent of `gdb` to figure out the problem. After fiddling with `dbx` for about 30 minutes, my co-worker said “This would be so much easier if you had an IDE that would pull up the source…” and it clicked: Why not try SunStudio?

Turns out, SunStudio is to Netbeans as StarOffice is to OpenOffice.org. Within a minute I had it attached to the PHP binary, ran my command and it automatically found and pulled in the PHP source; within 20 minutes I had narrowed the bug down to an issue in libmysql‘s prepared query code (with some help from Scott MacVicar regarding the PDO internals).

So, here, once again was Netbeans on my radar, and in this particular instance, shining, working flawlessly and helping me find an issue on a platform I’ve never used before, in minutes.

The next step — last night — was for me to try Netbeans 6.5 again, however another co-worker who has started using it, complained it wouldn’t bring up the source for remote files when debugging, so I grabbed the 7.0M1 build to see if this had fixed the issue. Once again, I was assaulted by the terrible Look and Feel, so I spent about 20 minutes trying to change it to at least use the familiar Java (metal) L&F with no success.

Today I decided to take another look and noticed in the “News” section of the IDE start page something about version 6.7 — confused, I read the linked story and saw that they were re-doing their versioning; from there I went to read the notes on what was changing, and there, I saw: 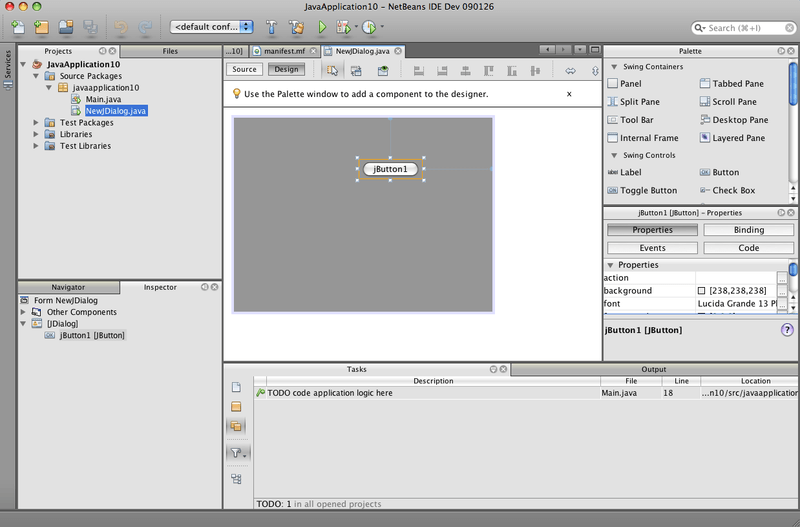 Now, it looks great on all platforms, it uses xdebug which means my team can pick and choose their IDEs (though I’m considering instituting NetBeans across the board anyways), it’s OSS, free (as in beer) which sits greats with management and most importantly… competent.

Netbeans, like Eclipse bills itself as an IDE platform, moving away from it’s Java roots, to include support for PHP, JavaScript, SQL, various markups and even Ruby/Rails. In addition it’s cross-platform like eclipse but worlds ahead in usability, look and feel, speed and resource usage.

I suggest if you’re looking for an alternative to the aging Zend Studio 5.5, Netbeans should be your first stop.